Larkin Construction, Inc. is a company that prepares large properties to be developed. They are the first ones on the site preparing the ground to have homes built. In order to do this they need to move a lot of earth. To move a lot of earth they use the big Caterpillar machines. Larkin commissioned me paint a large mural in their conference room telling their story. The mural is 5 feet high by 28 feet long. The first photograph below shows almost the entire painting. The following photographs show the details and give close-ups of the big machines starting from the right side of the mural where the story begins.

The story starts above with the clearing of the land. In Florida a lot of the surface earth is not hard-packed enough to support building homes on. It is too sandy. So the first four feet is scraped off and replaced with hard-packed earth. The hard-packed earth is obtained from digging down in the earth. Conveniently, after the large holes have been dug they are then made into retention ponds and small lakes to help with the storm water run off. A critical planning strategy for any community in Florida. ("A single Florida cumulonimbus cloud is capable of producing 700 million gallons of water, and merged clouds have produced 1.4 billion gallons for every 10 minutes of rain." from 'The Climate and Weather of Florida' by Henry, Portier and Coyne) 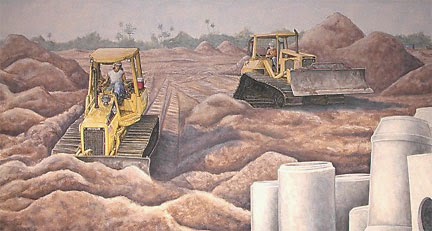 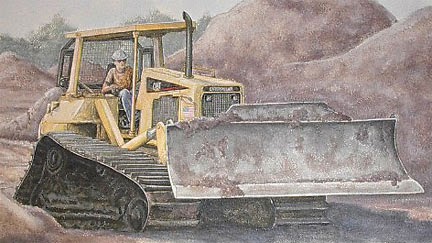 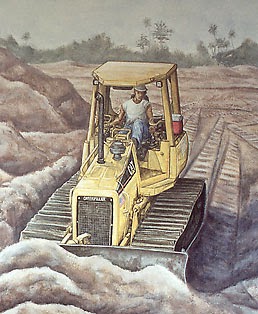 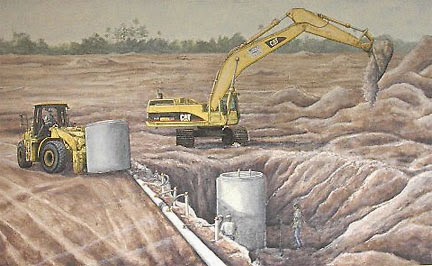 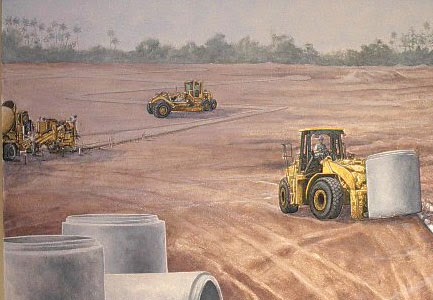 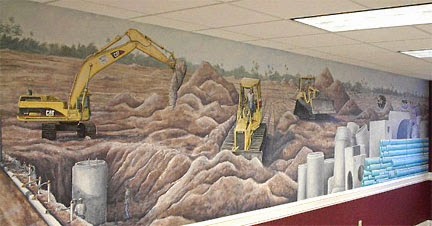